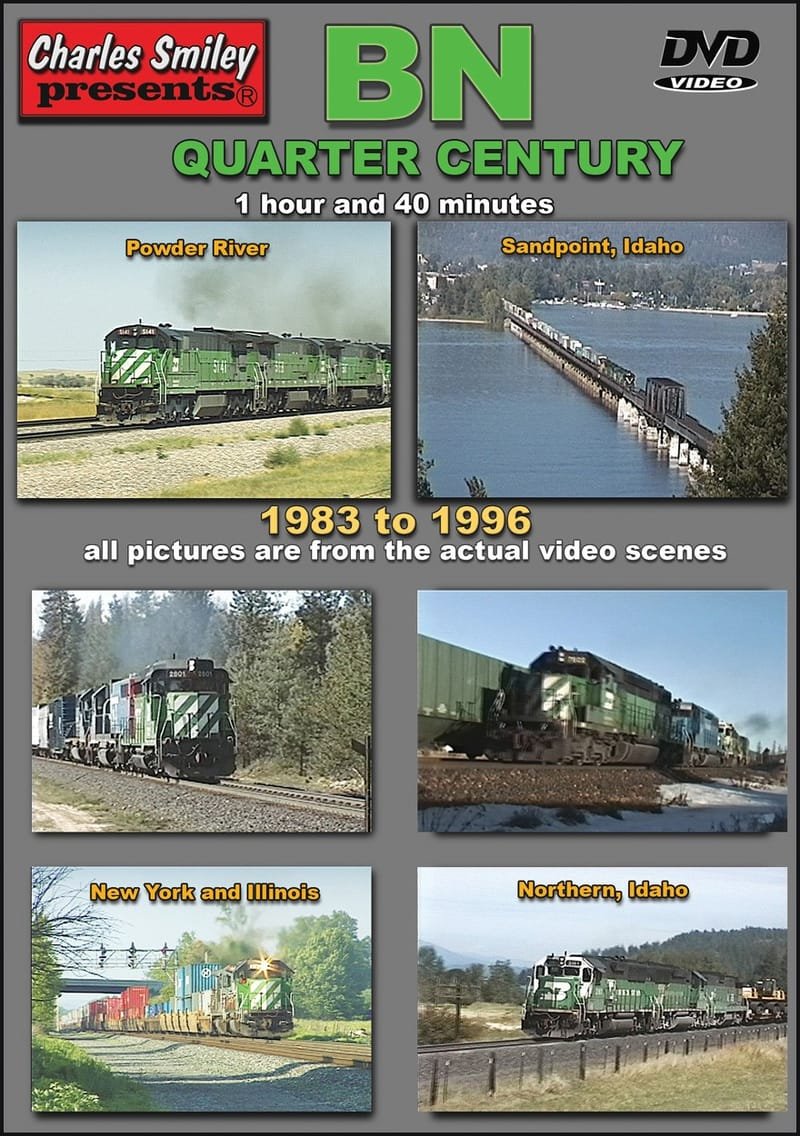 Got A Favorite DVD? Ket Me Know.

The Burlington Northern Railroad was formed out of three large and three smaller roads in 1970. It was a success for 25 years. This DVD brings back all the great BN power and clean cars of those years that led up to the merging with the Santa Fe Railroad to create the BNSF system today!

We bring the early 1980s and the 1990s back to life with a variety of locations that reveal the many awesome locations that the BN was known for. Graffiti free boxcar-general freight, Lumber, and log loads, plus grain and Coop Hopper trains, coal and intermodals. The locomotive parade features everything on the BN Roster. The color movie and crystal-clear video scenes were brought to you by four different people’s cameras. Each lived close to the tracks and had access to find the best shooting locations, and angles.

The many priceless scenes were gathered on numerous trips extending almost 3 decades. This DVD will bring railroad engine music to your ears.