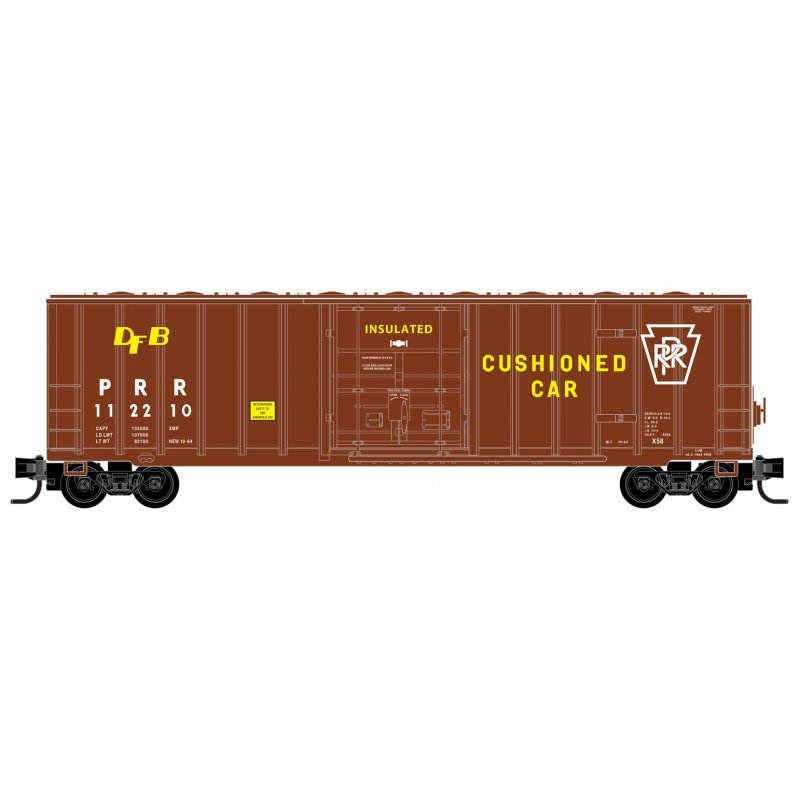 Built in 1964, these 50’ plug-door boxcars featured Roller Bearing trucks, a cushioned underframe, load dividers, and car-side insulation, and were used in perishable food service. Pennsylvania was a large Class 1 railroad formed in 1846 and grew to be a predominant shipper on the east coast until 1968 when it merged with rival New York Central to form Penn Central.