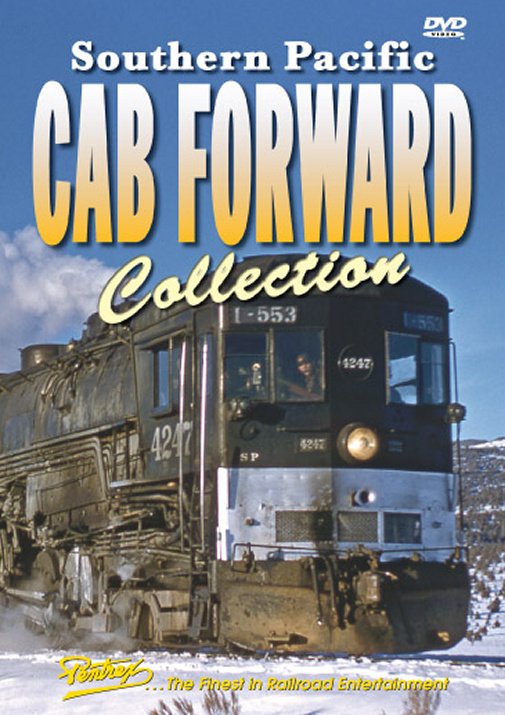 For nearly 47 years, the Southern Pacific Railroad relied upon its massive AC-type steam locomotives to haul freight and passenger trains throughout California and neighboring states. Built to provide the power and flexibility demanded by the mountainous passes they traversed, these giants were constructed with their cab in front of the boiler, thus earning them the name Cab Forwards. The last Cab Forward revenue train ran in 1956, after which all but one were scrapped. From then on, film coverage of these AC-class engines was eagerly sought, hard to locate, and highly prized. Now, after years of research, Pentrex has assembled an awesome collection of footage and still images of SP AC-1s through AC-12s spanning the years 1927 to 1956.

You"ll see Cab Forwards in service on the Overland Route, the San Joaquin Line, the Sunset Route, the Coast Route, the Shasta Route, and the Modoc Line. You"ll thrill to incredible images of Cab Forwards in the snow, on grades, bridges, and scenic valleys; running with mid-train and rear-end helpers; teamed with Black Widow F-units and GS-class helpers; and in meets with other CF"s. The locomotives shown include nearly every class of Articulated Consolidation SP ever rostered: the Baldwin-built Cab Forwards and the Lima-built 3900 class AC-9s. Historic stills of the original cab forwards, the Baldwin-built MC, MM, and AM class engines, are also featured. Plus, author Dr. Bob Church and photographer Stan Kistler provide insightful insiders" views. This is the most comprehensive record of the legendary Cab Forwards ever presented on film and it belongs in every railfan"s collection!